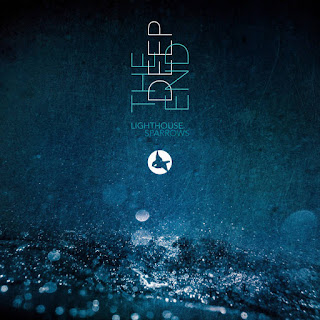 Back in 2019 in Finland, guitarist Sami Sarhamaa and his colleague, Olli Huhtanen, a sound engineer, made the move from talking about music to actually making the music. Surprisingly quickly they had 5 tracks completed and a mini album, The Deep End was released.

In effect, Olli produces the basics of the track and Sami adds things to his liking and they decided that rather than aim to produce prog rock, art rock or whatever, they would simply “go with the flow” of what they produced.

The onset of Covid – 19 lockdowns meant that time to finalize these 5 tracks became available. Via the internet, the two friends, working in their own studios, collaborated with other musicians, namely Miri Miettinen (drums) and Trio Tingo (backing vocals). This ultimately resulted in The Deep End being released at the beginning of August.

The opening track “Gravest Danger” (6:17) starts with a great guitar riff which falls away to a gentler scenario before the crystal-clear vocals enter. The track slowly builds in intensity and the gentle guitar passages are sublime. Around the halfway point the track has an excellent synth theme before the guitar sets down another excellent passage and ushers in the vocals again. Another excellent passage builds with the musicians showing their skills before the sound drops away to end with a solo piano motif. This track has certainly been successful in getting the listeners interest and for relative newcomers, this has been an excellent taster for the 4 tracks still to come.

Track 2, “Scales” (7:00) carries on from the opening track with more excellent vocals and superb guitar riffs. After 4 minutes, the track takes a different direction with some exquisite piano and synth passages, prior to the vocals appearing. Only 2 tracks in and this release is looking like a stunning debut for Lighthouse Sparrows.

The third track, “Shallow End” (4:46) continues the good work with a much more laidback feel, which highlights another facet of the band. The vocals sound very relaxed but can “roughen up” when required. Synth passages carry the track on with sudden seamless changes in tempo and a guitar passage with a little more “punch” takes the track to its finale.

The last 2 tracks, “Deep End” and “Gravity,” (4:57 and 7:11 respectively), continue to impress to the listener, bearing in mind that this release is a debut mini album. Synths, great drum and bass from the engine room, excellent vocals and stunning guitar passages. The range of the band over the 5 tracks on offer is exceptional.

The Deep End is an amazing debut and gives the listener the perception of a band that has been playing and recording for a long time as the band just exudes confidence in what they do. I have no hesitation in suggesting that this mini album would be money well spent and I look forward, in anticipation, to where Lighthouse Sparrows go from this point.