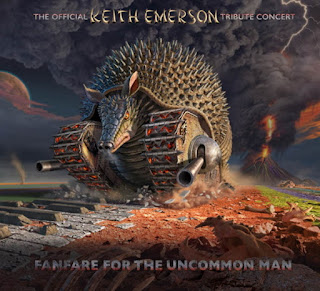 Due to popular demand, The Official Keith Emerson Tribute Concert, which is scheduled for March 11, 2021 release, has added the DVD format to its roster. The concert will now be available in both the DVD Digipak format and also in a Blu-Ray Hi-Def downloadable version, playable on any device, both accompanied by a bonus audio version of the concert.

The 2 1/2 - hour concert film features many stellar performances by over two dozen prominent artists in rock, jazz and classical music as well as artist interviews, behind-the-scenes footage, tribute speeches, and a gallery of personal never-before-seen photos from the Emerson estate.

This highly-anticipated concert captures the essence of what made Keith Emerson a pioneer of prog rock, a treasure among his many fans and friends, and a legendary keyboardist and composer with the iconic supergroup Emerson, Lake & Palmer. 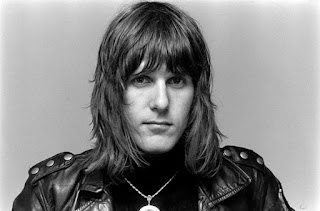 “Performing ‘Tarkus’ at the Keith Emerson Tribute event was incredibly meaningful. It was truly an amazing night. Having the opportunity to pay my respects to the man who changed my life by playing my favorite piece of music with incredible musicians, made it a memory that will never be forgotten. I’m so thrilled that this incredible evening of music is now going to be shared with the world.” - Jordan Rudess (Dream Theater)

“It’s difficult to express what an honor it was to participate in this tribute to Keith. Surrounded by friends and heroes, it was such a privilege to be part of a group of musicians who were as affected by Keith’s life, music and friendshipas I was. Not surprisingly there’s a lot of us. To play Hammond on The Barbarian, the first song I ever saw him play live, is a cherished memory I’ll never forget. Many thanks to Marc and Mari for keeping this idea and dream alive.” - Steve Porcaro (Toto) 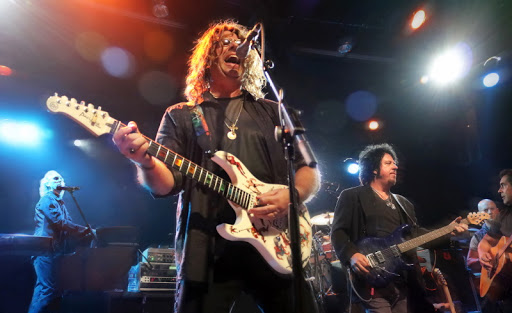 All proceeds go to the The Leon Fleisher Foundation for Musicians with Dystonia. All of the artists, crew, and support personnel have kindly donated their skills and time gratis for this worthy cause, which afflicts thousands of musicians annually.