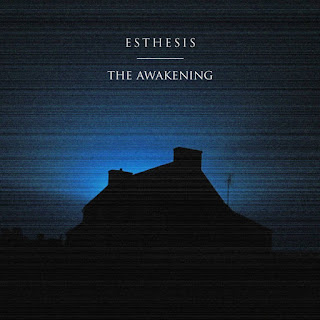 I chanced upon this band by accident, and count myself very lucky to have done so, as I was instantly transfixed by the stunning music found on the full-length debut. I was lucky enough to get hold of one of the limited-edition CDs initially released as they sold out fairly quickly, but the band have now issued a standard CD to allow for the increasing demand for the bands' music.

With repeated plays, it is possible to detect very specific influences, such as Pink Floyd and Porcupine Tree from the UK, Rick Miller (another great discovery I came across late in 2020) from Canada and those Norwegian giants, Airbag.

The Awakening is a six-track release with a total playing time of just shy of 60 minutes (59:39), with the opening track, “Downstream,” the longest at 16:31 minutes and the penultimate track, “The Awakening,” the shortest on offer at 6:26 minutes.

To start a debut album with “Downstream,” a 16+ minute epic, shows the self-belief that the band carry at the moment. An atmospheric start leads to guitarist, Baptiste, gets to show his bluesy side before the vocals of Aurelien appearing, smooth and understated, but so fitting the music. The track progresses with instrumental sections interspersed with those vocals and that blues styled guitar very much the central feature. The band even manage to fit in an atmospheric whistling section, which reminded this reviewer of the whistling section in the “Wind Of Change” track by the Scorpions. This opening track gently transports the listener along on a very subdued, laid back journey. During the journey, the piano of Aurelien, the guitar of Baptiste, the soft gentle vocals of Aurelien and the tight power unit of Marc (bass) and Florian (drums), flow effortlessly. At around the 9:30 minute point, there is a change in tempo increasing the urgency of the track, but the superb guitar playing maintains the atmospheric soundscape. At 11:30 minutes, another change reinstates the piano as the main instrument with the guitar slotting into the background but exerting a huge influence. A bit of vocalization adds to the aural picture the band are setting out for the listener. Entering the last 2 minutes, the track starts to drive toward a finale. Some more aggressive playing takes the track out and sets the listener up for the rest of the album.

“No Soul To Sell” (8:33) track 2 on the album is a very different style and hints at the wide-ranging ability of the musicians. With a chunkier guitar riff, more "in your face" drumming and a superb bass produce a total style contract to the opening track of The Awakening. A heavier riff-laden section fades and the bass reappears away in the distance as the track moves into an atmospheric meander, leading to an acoustic guitar passage before the organ, bass and guitar drive the track to completion.

“Chameleon” (8:06), and the fourth track, starts with an acoustic guitar riff before being joined by the smooth vocals and then some vocal harmonizing. The sound continues to be “fleshed out” by the presence of the bass and drums and ultimately, the organ appears swirling away in the background. Just before the 3:00 minute point, that bluesy style guitar soars over everything before disappearing as firstly the voice takes over and then the organ. A chunkier section of the acoustic guitar then gives way to a simple but sublime organ passage and a little more of the harmonizing vocals. An interesting change of sound style just before the 7:00 minute point ushers in a swirling heavier sounding organ that escorts the track out.

The Awakening is an amazing debut album by Esthesis which is a pleasure to listen to. From the smooth vocals, intense drumming, intricate and chunky guitars, superb bass lines and beautiful piano plus swirling organ, the members of the band grab the attention of the listener at the album outset, take them on a 60-minute journey of discovery before gently returning them as the last few notes fade away.

My simple advice is to grab a listen to The Awakening and then add it to your collection.

By the way, Esthesis has just announced that a trip-hop version of the closing track, "Still Far To Go" will be released on Bandcamp on March 5th 2021.