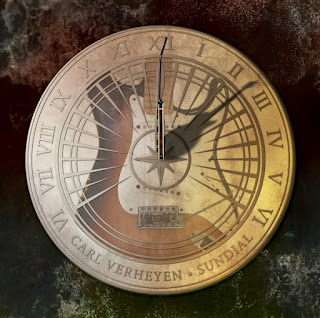 “Sundial” is an esoteric record comprising of rock, funk, ska, soulful ballads and afro-pop music. Recorded during the music industry’s “Grand Pause” of 2020, guitarist Carl Verheyen adopted an “anything goes” concept and musical variety is the theme.

“The title track ‘Sundial’ was an attempt to write a healing and uplifting piece of music that makes me feel good every time I hear it,” says Verheyen. Orchestrated with acoustic and electric guitars, piano, organ and backing vocals, the song soars through jazz-rock, prog-rock and even folk-rock tonalities.

The record immediately takes a left turn with an up tempo instrumental called “Kaningie.” Inspired by a record collection of Afro-pop recordings and crossing it with the feel of the Santana classic “Soul Sacrifice,” Carl wrote a wild and relentless melody captured live with 2 drummers in the studio. Hold on tight!

“I joined the British rock band Supertramp back in 1985 following the release of ‘Brother Where You Bound,’ an album that featured a long David Gilmour guitar solo on the title track. My job was to perform something comparable on tour, tall shoes to fill. We first met backstage at the Royal Albert Hall during one of our week-long stints there. ‘Spiral Glide’ is my tribute to Gilmour, a true English gentleman and lifelong inspiration.”

The chemistry of Carl’s touring band (John Mader drums, Jim Cox keyboards and Dave Marotta bass) is deep on “Clawhammer Man,” a song that “grew out of a 2 bar lick played out of a tiny 4 watt amplifier. Inspiration can come from anywhere,” says Carl.

Walking by a grand piano in a hotel lobby in Alberta, Canada, a 15 year old Verheyen stopped to play the intro to the #1 song of the day, “Bridge Over Troubled Water.” Carl recalls, “A few seconds later a familiar voice began singing over my right shoulder. Turning around I realized it was Art Garfunkel himself! Garfunkel is a song about that incredible memory.”

The Rascals were always a favorite band of Verheyen’s and Felix Cavalier one of his favorite singers. On “People Got To Be Free,” Carl reinterprets the classic as a very up tempo Ska tune. Guitar pyrotechnics are unavoidable at that tempo, so Carl gets a chance to show off his formidable chops.

“No Time for a Kiss” is a blues-rock style ballad with a melodic solo that soars like Jeff Beck but is distinctly Verheyen. And Carl says this about “Michelle’s Song,” “Driving home late one night I heard a long forgotten Elton John tune from a 70’s movie soundtrack called ‘Friends.’ In the spirit of this record, I imagined this beautiful tune with a southern rock meets country feel.” More Allman Bros than “Tumbleweed Connection,” Carl’s soulful vocal and guitar work is stellar throughout. 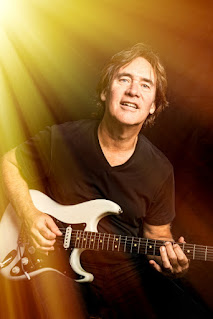