Amazonian Rock Band Pentral Keep the Groove but Turn it up to 11 on New Single! 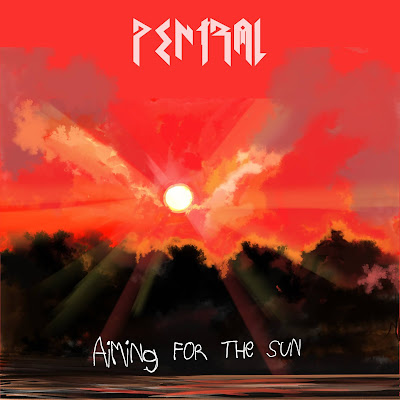 Pentral are to release their new single, Aiming for the Sun, from their forthcoming album, adding even more ferocity to their sound but retaining the groove and rhythms which made the likes of Prog and New Noise hail them as ones to watch. Their first single, Silent Trees, received glowing praise from both Prog and New Noise and All My Wounds raised the bar yet further, a colossal burst of energy and riffs, continuing the story of a young family lost in a world filled with anger and hate, set against the backdrop of the Amazon jungle. Aiming for the Sun picks up the story of the couple ousted from their rainforest home and battling against a tyrannical regime.

“Aiming For The Sun” is a heavier song without leaving groove behind. It’s the second chapter of the couple's saga, when the Amazon land-grabbers show their real face and what they are up to. Through its dark vibe and pulsating lines, this song tries to express a feeling of urgency, a claim for help, showcasing the agony of the people in the woods.”

Passionate about environmental protection, equality and the fight against racism, their music and lyrics reflect their beliefs, with the band seeing music as a powerful and positive way of changing the world for the better and their album, What Lies Ahead of Us is a concept album exploring the fractious relationships between people from different backgrounds and cultures and ultimately Mankind’s war against nature itself.