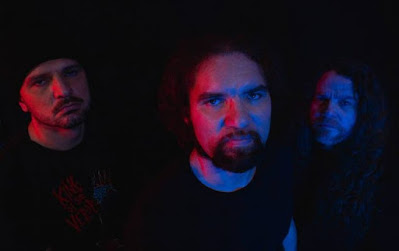 Pentral are to release the second single, All My Wounds, from their forthcoming album, an incendiary mix of the rhythms and melodies of their homeland of Brazil and the power and aggression of classic rock bands of the 1960s, 70s and 80s with a contemporary flavour. Their first single, Silent Trees, received glowing praise from both Prog and New Noise and All My Wounds raises the bar yet further, a colossal burst of energy and riffs, continuing the story of a young family lost in a world filled with anger and hate, set against the backdrop of the Amazon jungle.

"All My Wounds" is the second single from our debut album. This song tries to express an uplifting vibe with its lyrics, melody, harmonies, and groovy rhythm. It is about the quest for spiritual healing, dealing with the highs and lows of life, and toxic people. It touches upon how hard is to cope with grief and loss and how rewarding is to bounce back from rock bottom. It's a part of the journey described on the concept album called "What Lies Ahead Of Us" which is about a saga of a lowly couple fighting for their lives and sanity.”

Passionate about environmental protection, equality and the fight against racism, their music and lyrics reflect their beliefs, with the band seeing music as a powerful and positive way of changing the world for the better and their album, What Lies Ahead of Us is a concept album exploring the fractious relationships between people from different backgrounds and cultures and ultimately Mankind’s war against nature itself.