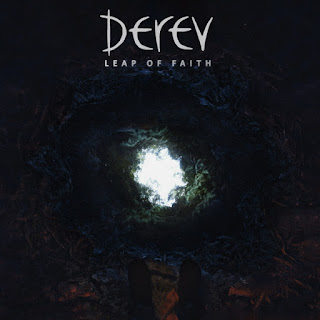 Derev is a progressive Rock/Metal band from Toronto, Canada, formed by the Italian/Armenian guitarist Armando Bablanian and the Syrian/Armenian drummer Michel Karakach. Derev’s sound combines the energy and intensity of metal music with the atmospheric sound of old-school progressive rock, while incorporating elements of their Arabic and Armenian heritage.

The plan for what eventually became Derev was in the works since Michel and Armando met in high school while living in Kuwait. At the time, they were unable to pursue the project due to circumstances of living in the Middle East.

After obtaining his dental degree during the war in Syria and seeking asylum in Canada, Michel joined Armando in Toronto to form the band after an eight-year hiatus, where they met the bassist Liam Horrigan who recently joined the project.

In anticipation of their debut EP “Leap of Faith”, Derev has already released two singles and an animated music video in early 2021. “Leap of Faith” features Adel Saflou (Ambrotype) on vocals and will be released on May 21st. The band will also be releasing a video for the track “Turab” on the same day.

Says Derev, “‘Leap of Faith’ is our debut EP. It’s meant to introduce the band’s diverse style and unique sound, merging the heaviness of metal music with the atmospheric feel and rhythms of old school progressive rock, while experimenting with middle-eastern scales derived from the band’s origins. Even though the EP is not a concept album and each song aims to discuss a different topic, the common theme is about seeing things from a different, unconventional perspective and taking the risk of action to make a change, rather than accepting the status quo, thus the EP’s name.”

The main themes, melodies, and riffs came out of prolonged jam sessions between Armando and Michel. From there, they were slowly developed into full songs through numerous iterations of rehearsing, adjusting, and recording demos. Once the structure of a song was ready, they wrote lyrics and worked on the general vocal melodies and harmonies. The entire EP was recorded at home. Guitars and bass were recorded in the band’s home studio in Toronto. Adel Saflou (guest vocals) took their demos, added his own character and sound to it and recorded the vocals in his home studio in Amsterdam. Michel tracked the drums on his electric kit, and then fine-tuned it to preserve his performance, while keeping everything sounding organic. Once everything was tracked the band sent the songs to James Zhan who mixed and mastered the EP. 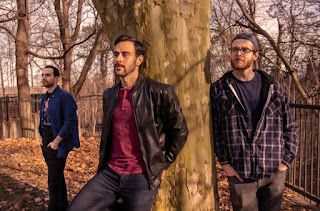 Armando (guitarist/songwriter), an engineering graduate from the University of Toronto, has been an active musician for over 10 years. His most notable work is with the Canadian metal band “Till I Conquer” with whom he has released an EP and 3 singles.

Michel (drummer/songwriter) has been an active drummer for the past 10 years. He was constantly organizing and playing shows while obtaining his dental degree in Syria. Fortunately for him, he had the opportunity to immigrate to Canada and pursue his musical career with Armando to bring Derev to life.

Liam (bassist) who’s also an engineering graduate from the University of Toronto, started his musical career with Ottawa-based act “Open Season”. He has diversified across instruments, genres, and locations (including performances throughout southern Ontario and the release of an alternative rock solo EP as @t_ii_f), Liam is excited to be returning to his bass playing roots with Derev.