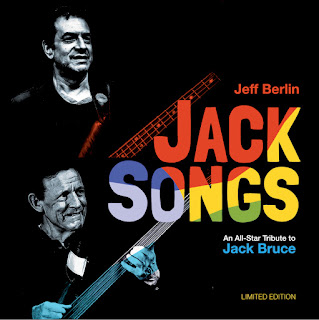 Nashville, TN - Bass icon Jeff Berlin has launched a GoFundMe Campaign for a new tribute album to legendary Jack Bruce titled “Jack Songs - An All-Star Tribute To Jack Bruce”! Jack Bruce, best known for his work with classic rock legends Cream, as well as his critically acclaimed solo work, passed away in 2014. Jeff Berlin, who has been called “the greatest bass player in the world”, was a personal friend of Jack's and wanted to record Jack's songs in remembrance of how Jack helped Jeff to find his own musical path.

Says Jeff, “Recording the music of Jack Bruce has been the most emotional recording project of my career. Jack was the greatest musical influence I ever had. In the center of his music were these strange and wonderful bass lines weaving in and out of the key, reaching for resolutions and finding them, again, and again. Jack's playing was a living evolving improvisation.

'Jack Songs' isn't a cover CD, not in the literal sense. Except for a couple of tunes from his Cream period (arranged in ways that should surprise people) most of the songs on this CD come from other periods in Jack's musical life before and after Cream. Jack's solo career represented a multitude of musical styles. This recording will be a new revamp of some of those songs, some of the best music that I heard from one of the greatest musicians of the last fifty years.” 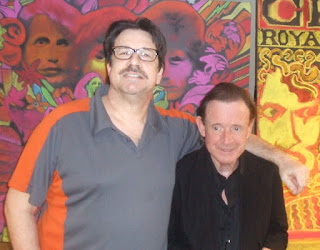 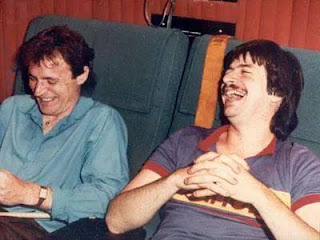 JACK BRUCE, BASSIST FOR THE ICONIC BAND CREAM, ONCE DESCRIBED JEFF BERLIN AS THE “THE BEST BASS PLAYER I’VE EVER HEARD.”

For over 40 years, he has stood as one of the most innovative electric bassists of the 20th and 21st centuries. Known for his one-of-a-kind tone, jaw dropping technique and highly advanced harmonic approaches to the bass, Jeff has been one of the major figures in firmly establishing the electric bass as a solo instrument well deserving of its own distinct place in modern music.

Jeff’s recording and performance credits include a who’s who of jazz and rock. They include: Bill Bruford, Allan Holdsworth, Larry Coryell, Pat Martino, John McLaughlin, Yes, Frank Zappa, Patrick Moraz and many more.

GoFundMe Campaign Link: https://gofund.me/8c50584e
Your investment contribution will get you a CD, T-shirt, or Bass Mastery lesson book. The details are listed on the Jack Bruce GoFundMe page.